Diamond mining is carried out in different ways with regard to primary or secondary deposits.

In this case, the operation begins in the open air. This is called “open-cast mining”. It consists of digging a hole deeper and deeper at the location of the diamond pipe using powerful earth-moving machinery and explosives. The walls of the mine then form horizontal terraces connected by a spiral road. 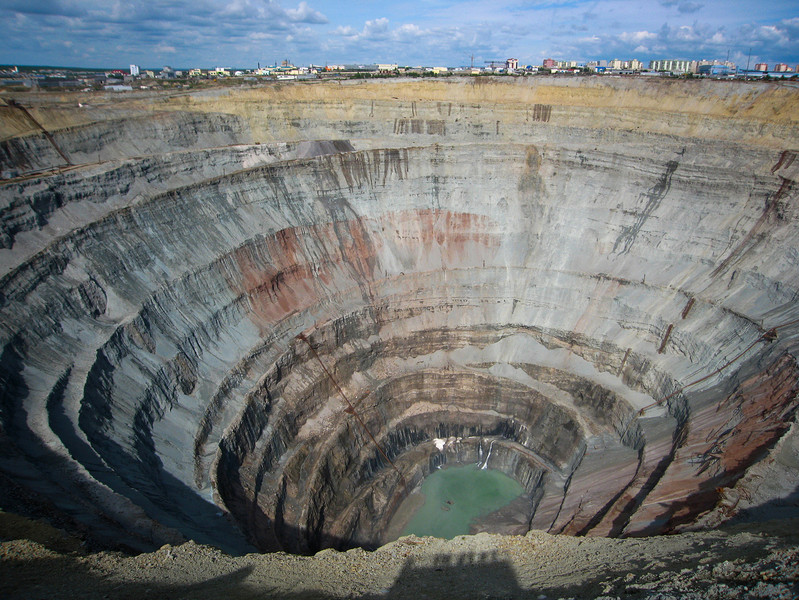 Beyond a certain depth, this means of extraction is no longer viable and the technique of “cave blocking” is then used. It involves digging vertical shafts in and around the mine. The operation consists in building horizontal tunnels that cross the shafts. Then, the ceilings of the tunnels are brought down.

The best-known example of this technique is the “Big Hole”, in South Africa, which was exploited to a depth of 1,200 metres.

Unlike open-cast mines, the exploitation of these deposits is usually on a very small scale. Sediment is extracted from waterways and processed to separate the diamonds from the gravel collected on the riverbed. In most cases, powerful vacuums are placed on rafts and suck up hundreds of litres of slurry per minute.
These deposits have a very limited lifespan because they extend over small areas. They are mainly located in Central Africa, Venezuela and Brazil. 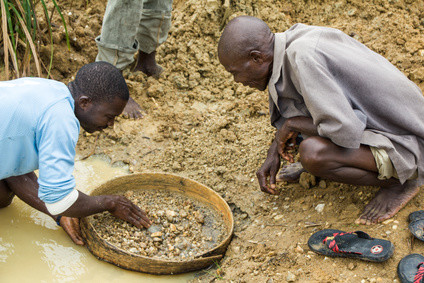