The World of Diamonds : Canada

Canada : one of the world’s main diamond producers

Diamond production in Canada began in the early 1990s and has rapidly developed since. Today the country is among the top three diamond producers in the world in terms of value.

The first discovery of diamonds was in 1991 at Lake Point in the Northwest Territories. Since then, the Ekati and Diavik mines have opened.

Diamond mining is a very expensive activity, especially in the north where the winters are harsh and the environment is fragile. However, the high quality of Canadian diamonds ensures the profitability of the mines. 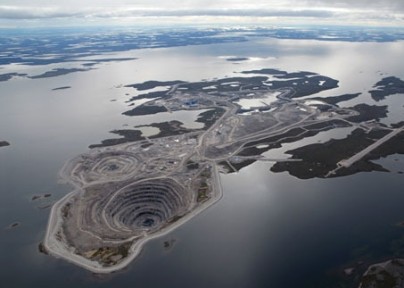